Message from the Vice Chancellor, Visva-Bharati!

"We on our part in Visva-Bharati are delighted at the international cooperation that has been achieved between our institution and yours."

Photo Credit: http://www.visva-bharati.ac.in/at_a_glance/at_a_glance.htm
Posted by Brenda Gael McSweeney at 11:50 AM 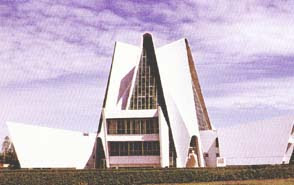 Malkit Kaur, Professor in the Department of Sociology and Social Anthropology at at , is preparing a study to investigate the missing women of . This empirical study will be a follow up to her earlier work related to the declining sex ratio in . Sex Ratio compares the number of males to females in a population. This new study will take place in the Fatehgarh Sahib District of Punjab State. This district has experienced a dramatic decline in the child sex ratio in the last decade.


In this week’s news, the United Nations Population Fund (UNFPA) identified as the worst state in in terms of the Child Sex Ratio, specifically, in “the age group of 0-6 years old due to the rampant practice of female foeticide there.”[1]

The empirical study is necessary in order to understand the dramatic effects of this process. It has been predicted that if the trend continues, the number of females in after 20 years would be one third of the number of males.

Malkit believes, “The study in the Fatehgarh Sahib District of Punjab becomes all the more important, as the district had experienced maximum and drastic declining of 120 points in the child sex ratio of 754.”

Villages will be selected after conducting a preliminary survey. Field level data will be collected by village people and others such as academia, administrators and social workers, will be consulted to explain real issues.

Posted by Brenda Gael McSweeney at 11:34 AM 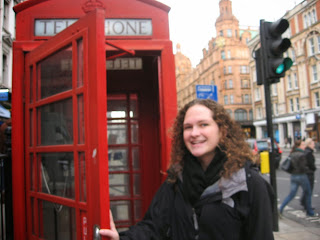 It feels so strange to be back in the United States, hearing American accents, not carrying an umbrella around EVERYWHERE, and taking the T instead of the Tube…. I just returned from spending four months in . I was studying abroad on a Boston University Internship Program. My experience was not quite as exotic as Kassia’s described below, yet I did get to have a wonderful opportunity to use my communication skills to help non-profits throughout the world.

The first half of my semester was spent taking classes, getting to know the city and travelling throughout . I had quite the whirlwind tour of . In mid October, I began working at MySpace . Yes THE MySpace, Tom the founder and all. On my first day, I was told that I would be spending my time helping find content for MySpace ’s new non-profit initiative. I was psyched! In November, Impact would launch, it is designed to enable non-profits, civic organisations and politicians to connect with the online community, in turn enabling the community to learn about the issues and organizations relevant to their lives. The goal is to empower MySpace users to make a difference in the world. I helped create a database of all UK-based charities on MySpace and reached out to organizations not on MySpace to encourage them to create a profile. The plan is to change the theme of the non-profits on a weekly basis. Themes include: Sexual Responsibility, HIV/AIDS awareness, environment, racism, drinking responsibly, homelessness, cancer, hunger issues, and women’s rights.

MySpace is the number one social networking website worldwide Social networking websites have changed the way the internet works. They have the power to change the world, and finally one is doing just that. One of Impact’s first feature partners was UNICEF. Using MySpace helped UNICEF spread the message about HIV/AIDS transmission. Over 12,000 people have joined the Impact profile. It’s amazing to see how many people social networking websites can reach. It is really inspiring to see a multi-billion dollar company, like MySpace, reaching out to make a difference. It felt great to be part of such a worthwhile initiative!

Now that I am back I have had some time to reflect on what a great experience it was being abroad. I think it is imperative that people take the opportunity to learn about what is going on in other countries. For some people it’s having the opportunity to live there, for others it might be reading about places on the internet. We are lucky to have multiple ways to see the world and everyone should!

This Just In -- News from New Delhi! 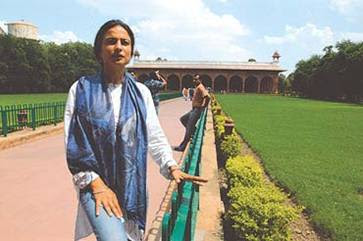 Gurmeet S. Rai, is pictured here during the preparation of the Comprehensive Conservation Management Plan for the Red Fort. Gurmeet, coordinator on behalf of Cultural Resource Conservation Initiative (CRCI)/ Lime Centre for UNITWIN, will now be working with the United Nations World Tourism Organization as the cultural heritage specialist on the UNWTO international team to prepare the master plan of tourism development for the state of . This is to include livelihood opportunities and gender aspects. Gurmeet, a conservation architect, has led CRCI to take on numerous cultural heritage projects, ranging from the Integrated Tourism Development Plan for as a major tourism destination site, to conservation of select cultural sites in Punjab through community participation with support from UNESCO and the United Nations Volunteers/UN Development Programme.

Posted by Brenda Gael McSweeney at 9:40 AM

A letter from Southern India

Kassia Karr is an independent studies major in the University Professors Program at Boston University, concentrating in South Asian languages and literatures, Women's Studies and Sociology. She is currently in for two academic semesters with the - College Year in India Programme, .

"Greetings from the southern tip of , where the monsoon rains have
started and 75 degree temperatures at night feel cold! I have had an
incredible time thus far, and wanted to write to you and update you on
my journey and my research here. 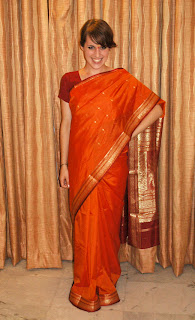 To start, I have been thoroughly initiated into the womens' world here.
I'm living with another female student in a flat above a family filled
with daughters, and we're frequently invited to pujas, temples, and
other religious events, where we're stuffed with food and leave with
flowers in our hair. The countryside is beautiful and the people are
incredibly gracious and friendly. There are some cultural issues we
have to adjust to - particularly, getting used to having little to no
interaction with men, but at the same time receiving a lot of male
attention - but there have been no conflicts of any kind thus far.

For my tutorial portion of the program, I'm working at a womens' Non Governmental Organization (NGO) called Sudar that provides educational courses at little to no charge
for first-generation female college students. Most of the students are
from poor families and go to government schools, which subsidize their
costs. I'm specifically working in the basic computer class, where I
help assist and correct the girls as they practice learning MS Word,
Excel, etc., in my simplistic Tamil. I'm also writing a guidebook for
them to use in the course in the future, and at the end of the year I
will complete a research paper on the role of technology and education
in women's development.

For another, 'extra' tutorial, I'm taking cooking classes from a
Nattukottai Chettiar woman, and learning about the role of cooking and
keeping house in South Indian women's lives as a part of it. In
contrast with the NGO, it takes me out of the position of instructor
and puts me more into a cultural immersion into women's lives here.

Finally, for my field work project I decided to research 'Women and
Information Technology (IT) in .' This research is partially
based on development studies, and partially based on modern
sociological studies. I'm looking at the impact of the booming
IT/outsourcing industry in South India on a variety of women's lives -
particularly middle class women, and first-generation college students
becoming the first females in their family to work - and learning about
their struggles as working women, the duality of their identities in
the traditional society, their improved social status via their
salaries, and so on. The Indian IT industry has been pushing to recruit
more women than men, for a variety of reasons, so it's really an
interesting and rather timely social phenomenon to be researching and
discussing with people.

I happened to be looking at the Boston University (BU) College of Arts and Sciences website today, and noticed a link talking about the new UNITWIN program at BU - how fantastically
exciting! I'd be very interested to hear about the collaborations that
are taking place between the Women Studies Program and the Indian universities."