Brighton Center was alive on Thursday May 28 with a presentation by BAHS Executive Committee Officer and Webmaster John Broderick, and Board of Directors Member Dr. Nick Racheotes. This multimedia event was hosted at the Brighton-Allston Congregational Church for an audience that spanned the generations. John and Nick gave first-hand accounts of their interactions with the key musical players of the epoch. This they complemented with poignant photographs from the time, and music clips that had everyone swaying in their seats!

During their talk, John and Nick shared a glimpse of the evolving roles of women in the music scene in Greater Boston and beyond. These ranged from back-up singers and accompanying pianists to lead stars.

One of the local hit records discussed was "Happy, Happy Birthday Baby” by the Tune Weavers.  It was written by the founding member of the group, Margo Sylvia.  “Margo was the first and only Cape Verdean woman ever to write and record a hit song,” said John Sylvia, Margo’s husband and fellow band member.  “No one else has yet to do that again.” First released in 1957, the record went on to sell over two million copies and was later covered by Elvis Presley and Dolly Parton.

For more of John and Nick's stories, watch this space! 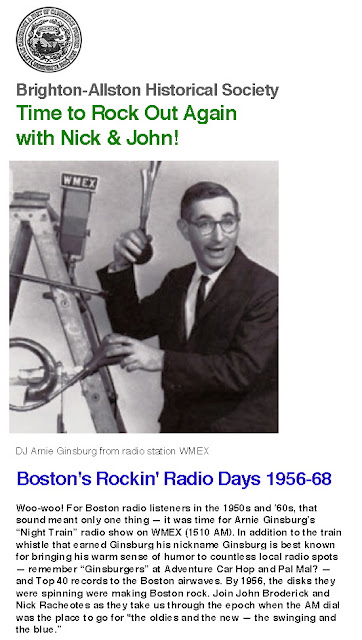 "Oak Square: A Walk Back in Time" features Women of Vision! 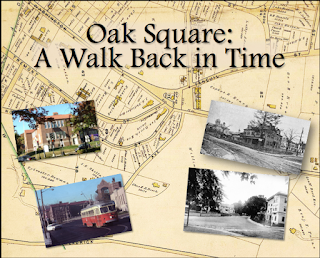 As announced by BAHS,


"Ever wonder what the Oak Square area USED to look like? Join Charlie Vasiliades and Wilma Wetterstrom as they present a program showcasing over 70 historic photographs from the collection of the Brighton-Allston Historical Society, taking you back in time for an imaginary walk through Oak Square and its surrounding streets and hills. You will see a landscape that changed from a rural New England scene to the vibrant neighborhood of today – a fascinating journey!" 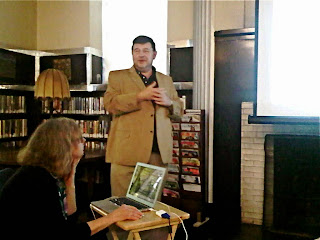 Charlie explained to the assembled audience that Mary Faneuil Bethune was credited with saving the magnificent Faneuil estate from destruction through her intervention with General George Washington. The Faneuil Gatekeeper's House survives to this day, and is featured as Stop 17 on the Brighton Allston Women's Heritage bus tours and in the Trail Guide, the latter available at the Brighton Allston Heritage Museum and in an e-version at this link on the bahistory.org website.


Unbound Visual Arts is delighted to announce that an exhibition titled The Context of Community, is being hosted at the new Harvard Ed Portal Gallery. Curated by Julia Ryan, the exhibit features work of members of UVA's Board of Directors and Council of Advisors: Tsun Ming Chmielinski, Heidi Lee, Susan Loomis, Francis Gardino, Ruth Rieffanaugh, Brenda Gael McSweeney and Sarah Berry and UVA members Marian Dioguardi and Sarah Smigliani. The exhibit will show at the Harvard gallery throughout June 2015.

Below are some photographs taken at the full-to-capacity opening!

We were delighted that photographs of Burkinabe women leaders taken by Brenda Gael McSweeney featured in the exhibit. More on this here at our UNITWIN's Equality Burkina blog: http://equalityburkina.blogspot.com/.../burkina-fasos...