Inaugural Newsletter of the Global Network of UNESCO Chairs on Gender

We are pleased to announce the publication of the very first newsletter of the Global Network of UNESCO Chairs on Gender, produced by our partners in Cyprus and Buenos Aires and now posted at http://www.catunescomujer.org/globalnetwork/news.html
Feel free to disseminate it among your colleagues.

Boston University's Women's, Gender, & Sexuality Studies Program (WGS) hosts the UNESCO/UNITWIN (University Twinning) Network on Gender, Culture, and Development, and is a founding member of the Global Network. The Co-Coordinators of the BU-based UNESCO/UNITWIN, Professor Deborah Belle and Dr. Brenda Gael McSweeney, are delighted that this inaugural issue features a lot of the work that they and their collaborators in India, West Africa, and the Boston area have been engaged in. To read more about our Network's activities in 2011 and beyond, please see the newsletter at the link listed above.

More information on our UNITWIN Network is at http://unitwin.blogspot.com/ and equalityburkina.blogspot.com

Posted by The Couscous Diaries at 12:30 PM

UN Women, the United Nations Entity for Gender Equality and the Empowerment of Women has invited Dr. Brenda Gael McSweeney of the Women's, Gender, & Sexuality Studies Program to be its Women's and Gender Focal Point at Boston University.

UN Women "acts on the fundamental premise that women and girls worldwide have a right to live a life free of discrimination, violence, and poverty and that gender equality is central to achieving development." UN Women just launched its first report on the Progress of the World's Women, focusing on gender justice.

A key priority of UN Women is combating gender-based violence. The campaign titled "Say No-UNiTE to End Violence Against Women" gives everyone a chance to join this global initiative. Do visit http://saynotoviolence.org/ to add your voice.
Posted by The Couscous Diaries at 6:33 PM

We wish to share with you news of an upcoming International Conference being organized and hosted by one of our UNESCO/UNITWIN Network partners,  the Women's Studies Center at Visva-Bharati University in Santiniketan. Dr. Asha Mukherjee, Director of the Center, has informed us that Professor Amartya Sen is expected to inaugurate the Conference and Professor Martha Nussbaum has agreed to deliver the keynote address. Entitled "Women's Creativity and Social Concern" this gathering will be held on January 5-7, 2012. For more information, please see the Conference's theme note below: 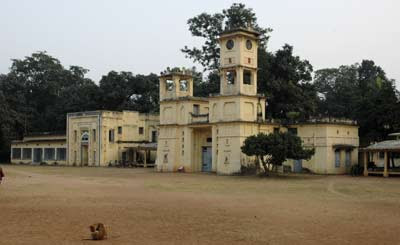 
" International Conference: Women Creativity and Social Concern
Ashramkanya Amita Sen: 100th birth anniversary Celebration)
5-7 Jan. 2012 (Tentative)
Women’s Studies Centre, Visva-Bharati, Santiniketan
In a life span of eighty years, Rabindranath Tagore wrote two thousand five hundred poems, seven novels, composed eighteen hundred songs and a number of plays, wrote, directed and produced at least four well-known dance dramas (nritya natya/geeti natya). Over the years these dance dramas and songs have become an inalienable part of Bengali culture. As if that was not enough, in his late years, he took to painting and produced almost two thousand paintings, which are believed to be a new initiative in the world of art. A mere enumeration of these creative aspects can hardly do justice to his incredible achievements and the great contributions he made to the civilization. He took to interpretation of Religion, History and Society proposing a new concept of “India”, preaching internationalism when nations like Japan, Germany and Britain were preparing for World war. He not only proposed but also implemented significant programmes in rural reconstruction in pre-independent India. Needless to say, contribution of this magnitude is not possible without a novel foundational attitude arising out of a basic philosophical position. Over time his attitude towards Man and the World changed and so did his philosophy.