How exciting that two of the WGS BU professors have been featured in BU Today!

The Opinion Page published a feature of WGS's Director Cati Connell, titled POV: What Does it Mean When We Say #MeToo?: Race, class, gender intersect to make some people more vulnerable to sexual assault. Dr. Connell's piece begins with the barrage of posts we all receive on our social media feeds these days on "the magnitude of sexual violence"; she sketches the origins of The Me Too Movement and the vast nuances of related campaigns up to the present watershed moment. Cati concludes with this thought:

"My hope is that despite its limitations, the Me too campaign inspires us to unite and fight the problem of sexual harassment and sexual assault on our campus and beyond." 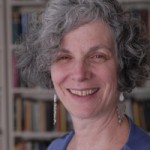 The Campus Life Page published a feature by Rich Barlow on WGS's Dr. Diane Balser, entitled: Sexism in the Harvey Weinstein Era: BU course studies an old oppression that’s alive and well. According to Barlow, Diane's class also evokes the "dam burst of revelations about prominent sexual predators in the Harvey Weinstein era, and the MeToo backlash against sexual misconduct." She describes the changes that have occurred with regard to sexism and violence against women, and emphasizes that now sexual violence towards women is "more visible and accepted in a very different way." The article concludes with the reflections of the lone male student in her class.