"Microfinance: Does it Work?" Panel Discussion

We are pleased to share with you that on March 10, 2011, GaIDI (Gender and International Development Initiatives) of the Women’s Studies Research Center, hosted at Brandeis University a panel discussion titled “Microfinance: Does it Work?” A first time co-sponsor with WSRC was Boston University’s Women’s, Gender, & Sexuality Studies Program (WGS).
The specialist panel consisted of Roy Jacobowitz, managing director of External Affairs for ACCION International; Janina Matuszeski, research coordinator in the Community Finance Department of Oxfam America; Marcia O’Dell, former director of WORTH-a woman’s program launched in ten countries in Asia and Africa; Kim Wilson, lecturer at The Fletcher School of Law and Diplomacy and Fellow, Center for Emerging Market Enterprises and the Feinstein International Center at Tufts University; and Steve Atlas, independent filmmaker and social justice advocate.

Beginning with Jacobowitz, each panelist presented their respective views on microfinance and the variety of ways in which the concept of lending money to the world’s poorest could be used to help alleviate poverty around the globe. For his part, before delving into the heart of his presentation on microfinance and ACCION’s work, Jacobowitz first defined microfinance as “the provision of a broad range of financial services ranging from short-term working capital in a group, through individual lending, through long-term housing finance, through savings, through time deposits, payment systems, insurance, annuities, the full range of financial products, and services that the poor household needs in order to manage their financial lives and accumulate assets.” Jacobowitz went on to posit that, while microfinance may not lead to marked macroeconomic development, granting the poor access to an array of financial services will serve to improve the lives led by the world’s poor. He explained that microfinance will “help develop the demand for goods and services because people will have the capacity to pay and, therefore, even if the random control trial researchers can’t find poverty alleviation results in their short term studies-even though they can’t find it today … I think we’ve all agreed that the poor will enjoy a better quality of life if they can access these basic financial services that we’re talking about.” 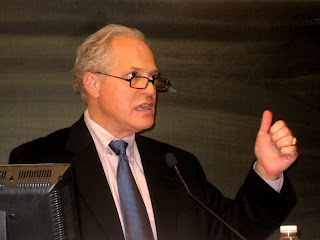 Roy then introduced two film clips by award-winning director Steve Atlas, titled “A Better Life” and “Still Here”. While the first introduced ACCION and its mission, the second captured a visit by ACCION CEO Maria Otero to Mibanco clients in Lima, Peru.

While Jacobowitz focused primarily on the subject of microfinance and how it functions in bettering the plight of the poor, the remaining three panelists anchored their presentations in the concept of micro-savings. The first to pursue the idea of savings groups was Kim Wilson. According to Wilson, motivation lies at the heart of the success of savings groups over lending institutions. Instead of relying on external lenders, women in many poor communities come together and form savings groups. Each week, members of the group contribute a small amount of money that the women in the group can later draw from when they need to. Wilson explained that when she spoke to some of the groups’ members, they shared with her that “again and again [my] group gives me the discipline. My group gives me the confidence that I can sacrifice, I can pull this money together.” Promoting savings groups over the idea of outside financial lending institutions, Wilson asserted that unlike savings groups, a bank is not going to provide what she deems to be the strength at the core of the microsavings idea: motivation. 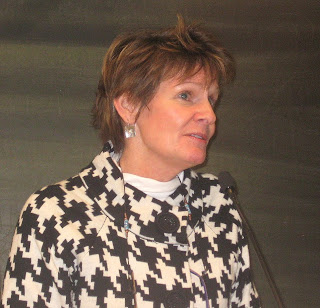 Complementing Wilson’s endorsement of savings groups, Janina Matuszeski of Oxfam also spoke in support of microsavings. Using a chart to illustrate the differences between microsavings and microcredit, Matuszeski explained that while microcredit is facilitated by an outside lending institution and is often contingent on funds being used to start up a business, microsavings allows the funds to be used for consumption and is reliant on the group members themselves over an external lender. She also shared her hands-on empirical findings of the flourishing of women’s microsavings groups in Mali. Matuszeski closed by emphasizing that the savings model allows women to bring funds into the household as added income and in turn assists them in gaining the respect and attention of their husbands. 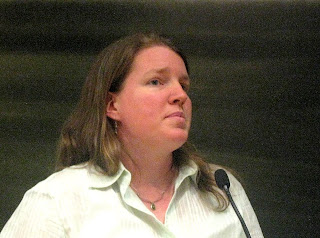 Completing the panel’s discussion, Marcia Odell energetically presented on behalf of microsavings. Highlighting the central reason to endorse savings groups, Odell said “In the savings-led model who are the bankers? The people in the group, so where does the interest on all that lending go? … It stays with the people in the community and that is a huge difference [between that and the ACCION concept].” Rounding out her talk, Odell stressed the social solidarity and unity that emerged amongst the groups’ female participants as result of the savings model. 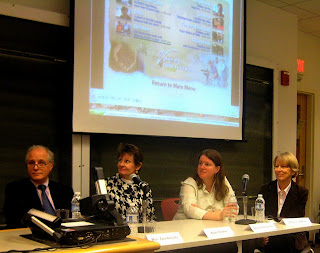 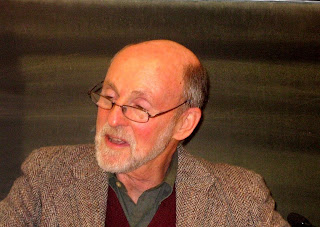 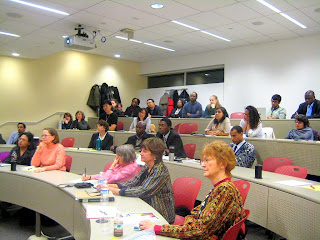 Other co-sponsors with the lead organizers WSRC and BU’s WGS, were The Heller School for Social Policy and Management, the Schuster Institute for Investigative Journalism, and the International Business School, all at Brandeis University.
Photos: courtesy of Mei-Mei Ellerman

Visit links on Microfinance and Microsavings:

Voices from the Field: ACCION and the Power of Microfinance: 8 films by filmmaker Steve Atlas
Steve Atlas Productions: Helping non-profits across the digital divide
Contact ACCION
Link suggested by Kim Wilson and Marcia Odell on Microsavings

Posted by The Couscous Diaries at 6:15 PM