Stories of 'Women of Vision' in a Boston neighborhood, written up by members of the Women's History Group of the Brighton Allston Historical Society (BAHS), have just been published on the UNESCO website! 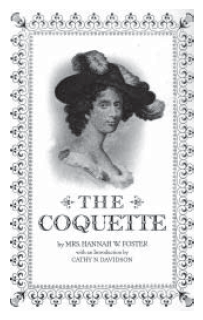 "The Coquette" at left was the pioneer novel of Hannah Foster - the first American-born woman to write and publish a novel - and was one of the best-selling books of the eighteenth century. 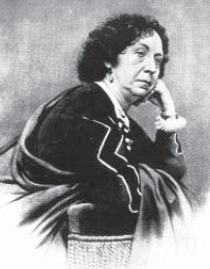 "Fanny Fern", a widely read and influential American journalist of the nineteenth century, reached over a half-million readers weekly through her columns at the height of her career. 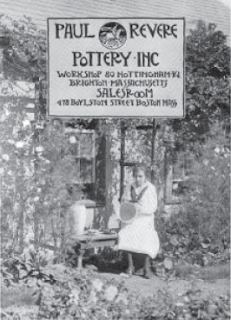 "The goal of these twin publications, 'Women's History Initiatives' and 'Women of Vision: Brighton Allston Women's Heritage Trail Guide,' is to showcase the significant and compelling contributions that women have made to this New England community over the past three centuries.

These volumes capture the complementary actions of historians and researchers who focus on women's achievements, and of local activists committed to preserving these remarkable women's legacies to inspire future generations. BAHS Women's History Group members researched and hosted advocacy events over a period of six years.

The first publication documents this journey, while the second is a guide to 16 notable women and women's organizations that have enriched the life and history of this corner of Boston and beyond.

Material at the links below gives a vivid picture of the evolution of these Women's History Initiatives over time.

This body of work has also served as a catalyst for similar initiatives underway around the globe, in Burkina Faso in West Africa, and in India."

UNESCO's Division for Higher Education also plans to share the Women of Vision initiatives via its Associated Schools Project Network (ASPnet). This global network groups more than 8500 educational bodies in 179 countries, ranging from pre-schools through to teacher training institutions. 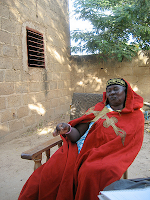 The Launch of the CRCI's "Conserving Sikh Heritage" Calendar! 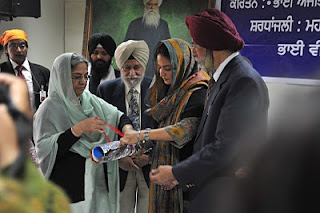 Portrayed here is the launch of the Cultural Resource Conservation Initiative's "Conserving Sikh Heritage" 2010 Calendar, which took place both in California, USA and in Punjab, India! These photos of the India launch show the director and founder of CRCI, Gurmeet Sangha Rai, presenting the calendar to Gursharan Kaur, wife of Indian Prime Minister Manmohan Singh. Mrs. Singh is also known in the Sikh community of Delhi for her kirtan singing. You can see more photos from the CRCI calendar launch on our Flickr site here. 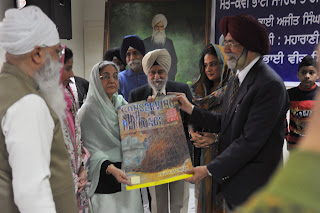 From Dr. Brenda Gael McSweeney, currently of Boston and Brandeis Universities and former head of the United Nations in India: "Conservation architect Gurmeet S. Rai is the founder and director of the unique Cultural Resource Conservation Initiative  that preserves and enhances India's cultural heritage. CRCI effectively bridges from helping forge international and national cultural heritage policy to grassroots action, notably in Punjab and other states in India... Gurmeet and the CRCI are the recipients of numerous local and global awards, and are partners in our UNESCO Chair/University Twinning Network on Gender, Culture, and People-Centered Development."

The preparation and publication of this rich heritage calendar is most timely, given that 2010 has been declared the International Year for the Rapprochement of Cultures, for which UNESCO has a lead role.

For more information on the CRCI, you can visit their great website here.

Photos courtesy CRCI.
Posted by Brenda Gael McSweeney at 11:59 AM