Memoir in Motion: From Russia to Switzerland to India ...

Chandana 'Mamlu' Dey, a Founding Member of our UNESCO/UNITWIN Network, hopes to trace her grandmother’s journey from Russia in the Revolution, to Europe in the 1930s, to Calcutta in the War Years and Shantiniketan during Tagore’s lifetime. As she writes, this is a Memoir of an extraordinary individual and also the story of the turbulent times she lived through. Chandana continues:

I've started work on a Memoir of my grandmother, Ketaki Sarkar (nee Jonas); Kotya Jonas met Nitai Sarkar in Geneva before the Second World War. She was a daughter of a Russian émigré, he a struggling medical student. They met at a student dance, fell in love, and got married. My grandfather practiced medicine in a rural clinic in the Canton de Valais-Switzerland, in what has now become a tourist spot. After my mother was born, he was keen to return to India , and my grandmother was prepared to leave her own family behind in Europe, and accompany him to a strange country and make it her home. She did this so successfully that no one would ever comment on her ‘un-Indianness’. She was completely at home in all cultures, all countries. She spoke Bengali fluently but never forgot her French or Russian. She managed to enter the most ‘aristocratic’ circles in Kolkata and later in Shantiniketan, but she was a working woman all her life and the household ran because she did so many jobs — effortlessly side by side.  I still come across students of ‘Mme De-Sarkar’ who taught students French at the Alliance Française in Kolkata.


Writing this Memoir really makes me think of how much more open societies were in the past.  I grew up in the 1970s knowing that the United States was made of struggling immigrants- where there was ‘place for all’. Migrants and immigrants have strived hard in unfamiliar surroundings, faced hardships and made successes of their lives. Would my grandmother have been able to fulfill her trajectory today? Surely, the more we close our borders, we close ourselves, and this makes us lead ‘small’ lives? 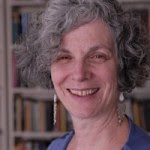 I attended an event sponsored by a progressive political party. It was interesting to me that the leader of the party was young. I found out that most of the leading women in politics in Denmark are under 40 with few exceptions. I attended a workshop led by a relatively young German female political leader on women’s rights around abortion (abortion rights are under attack in large parts of Southern and Middle Europe) led by Catholic and fundamentalist Protestant politicians. Other issues discussed were the sexualization of women’s bodies and violence against women.

There was a big march: “Feminist 8th of March” with speeches about parental leave for both parents, equal pay and women’s struggles in a welfare county. In addition, there were critiques of right wing politicians and neoliberal economic policies linked to sexism.

I led a workshop during the following weekend on the elimination of sexism using tools for women from Denmark, Sweden, Netherlands, Germany, and Switzerland. There were a number of women of color and also younger women that were part of each delegation. We spent a lot of time having women listen to each other about each woman’s life and the sexism and racism that were often faced. Also discussed were the key issues around sexism that effect all women including sexual violence and physical violence against women, females and power, leadership, economic inequalities, environmental injustices, the effects of other oppression such as racism, class, disability, sexual and gender identities, homophobia, ethnicity, nationality. Also a whole range of topics such as religion and sexism, women’s work, sexism and the media, etc. were discussed and the emotional effects were explored.

The workshop was sponsored by No Limits for Women of a co-counseling network. No Limits for Women offers a system of ongoing mutual support and resource. It is available to all women, whatever their economic, social, and cultural circumstances. The support and resource make it possible for women (and men) to sustain our efforts to eliminate sexism. Women participants have access to effective tools that they can use on a one-to-one basis.

The documentary Left on Pearl that will premiere at the Boston International Film Festival on April 14 (popular demand 2nd screening April 17) captures the early feminist activism of WGS’s Dr. Diane Balser. The film portrays the 1971 takeover of a Harvard building at 888 Memorial Drive, Cambridge by a group of women demanding a Women’s Center. Professor Deborah Belle organized a BU campus screening of an in-progress version of this film, while WGS cosponsored a GaIDI/WSRC (Gender & International Development Initiatives/Women’s Studies Research Center) event at Brandeis University with Diane and Rochelle Ruthchild, one of the film’s Executive Producers, as Special Guest Speakers (both Rochelle and Susie Rivo, the film’s Director, are WSRC Scholars). More on the GaIDI event featuring Diane and Rochelle at: http://unitwin.blogspot.com/…/bu-womens-gender-sexuality-st….