Second E-Book of the Global Network of UNESCO Chairs on Gender in Progress!

Following the exciting March 2013 release of our first e-book of gender case studies of the Global Network of UNESCO Chairs on Gender, we are delighted to announce that preparation of the second is well advanced. Brenda Gael McSweeney (Boston University and Brandeis University) is the Editor of this volume. Overarching themes include women's political empowerment, economic livelihoods, gender gaps in education, and combatting exploitation. Please see below for a glimpse of the content  of this publication, to be released in 2014. The Global Network's first e-book, "Gender perspectives in case studies across continents" can also be read here.

The new volume will open with a Foreword by Saniye Gülser Corat, Director for Gender Equality at UNESCO Paris, and conclude with an Afterword by Gloria Bonder, Coordinator of the Global Network of UNESCO Chairs on Gender anchored in Buenos Aires.


In "Gender Equality in Tertiary Education of Cyprus: The perceived superiority of men as academics and researchers", authors Mary Koutselini, Froso Patsalidou, and Katerina Tsimpimpaki analyze the causes and effects of gender equality within the academic profession in Cyprus. This inequality is illustrated through the underrepresentation of women in academic posts, their limited numbers in the rank of professorship, their absence in decision-making bodies and positions, and the restricted participation of women in externally funded research positions. Using quantitative and qualitative data, as well as historical context, the authors analyze the prevalent assumption of male superiority in research and academia.

Fernand Sanou, Professor of the University of Ouagadougou is coordinating a team paper with Afsata Paré, Soumaïla Keita, Aminata Elisabeth Ouédraogo, and Guidouma Oumar Sanou, on the performance of girls in science at the secondary and university levels in Burkina Faso. Drawing as well on earlier studies in the US and France, the team works to identify the complex sociocultural factors that influence female performance in the sciences in the West African context. By carefully measuring and analyzing factors ranging from profession of parents to hours per day spent on domestic work, the authors explore the gendered breakdown of academic performance. The goal is to identify reasons that female students consistently perform less well than their male counterparts in certain subjects, with the long-term vision of addressing these inequalities in order to create a system that is truly egalitarian.

A summary by Cassandra Fox will be available in English, titled 'Female Performance in the Sciences at Secondary and University Levels in Burkina Faso'. 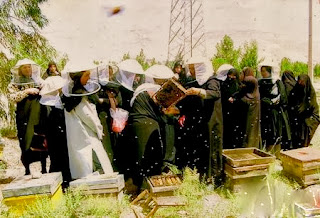 "Visible or Invisible Money: Different Opportunities for Rural Women in Iran" will explore the factors that led to the financial failure of a group of women beekeepers in Iran, in spite of microfinance loan support from national and international donors. Soheila Alirezanejad, a former Visiting Scholar at BU/WGS, discusses the the cultural and socioeconomic factors that inhibited the women from sustaining their business, including gendered expectations from their families, as well as divergent cultural conceptions of money. These factors prevented the women from understanding the sources of their capital or the conditions of their loans. Drawing from seven years of observation, as well as interviews with the women, Alirezanejad's ethnographic work addressed many of the cultural challenges of international development and philanthropy.

In "Role of Gender Quota Systems in Polish Parliamentary Elections After the Fall of Communism", UNESCO Chair Renata Siemienska addresses the changing cultural attitudes towards gender equality to evaluate the status of women in politics in Poland. Women have been seeking political candidacy in increasing numbers, but face limited success and prominence even with the implementation of quota-based systems during elections in 2001 and 2011. Siemienska attributes these obstacles to the inconsistency of cultural support for women's political participation, which in turn limits access to cultural capital that women candidates need in order to be elected to public office - particularly authority and economic resources. 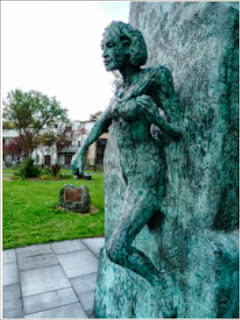 "Irish Women Today: Perspectives from Galway to Dublin on Gender Equality", reveals that Ireland is a highly 'developed' nation, yet gender disparities persist, particularly in the areas of wages and political voice. Through interviews with Irish women and men, Dr. Brenda Gael McSweeney (with Raffi Freedman-Gurspan, Rose O'Connell-Marion, and Jade Sank) shares factors that contributed to these disparities, as well as some steps taken that improved women's political empowerment and employment opportunities.

"'Indrer Pori' - Nachni, a Tragedy" is a paper from West Bengal, India that addresses the social exclusion of nachni, low-caste women who work as traditional dancers and performers under the abusive and exploitative authority of male proprietors, or "rashiks". Author Jharna Panda explores the socioeconomic factors that lead these women to a life of exploitation, and explains the social and cultural rejection that they face as a consequence of their position, in spite of the high cultural value ascribed to their art.

Another contribution is an educational tool in English and in French. It is a story in photographs of West African women's empowerment: roles and rights of women in Burkina Faso over four decades. This is based on action-research by Brenda Gael McSweeney and Scholastique Kompaoré, with Cassandra Fox. The tool has also been used for outreach to Boston communities via the Boston Public Library and a photo exhibition.

In "Legacy of the Reduction of Enslavement of Men and Women: Several Cases from West Africa", Aminata Kiello will be examining the gendered impact of historical to modern-day slavery in West Africa, as well as its impact on the development of African societies. This paper highlights the stigmas of modern-day slavery, particularly for women, who are subjugated both within the family structure and the broader society, and who may be subject to a gender-specific form of slavery known as wahaya ("fifth wives"). Championing empowerment through education and cultural pride, Kiello argues that combatting the economic, social, and psychological determinants of slavery is key to West African development overall. A summary of the above essay, submitted in French, will be available in English.

Activism Across the Decades

Margaret "Peg" Snyder, the founding director of the United Nations Development Fund for Women (UNIFEM), will contribute "How African Women led the World: The Story of the Women's Centre of the United Nations Economic Commission for Africa (UNECA)". This paper identifies the events which led up to the 1975 founding of the first UN regional center for women, in a time when none of the other five UN regional commissions in the world had programs or staff dedicated to addressing women's concerns. The program, which later became the African Training and Research Centre for Women (ATRCW), was formed in response to demands from African women, whose roles in economic development were frequently unacknowledged in the modern sectors of agriculture, industry, commerce and government. Through institution-building, innovative approaches to women, documentation, and inter-agency cooperation, the ATRCW became a global model for addressing this major obstacle to development. 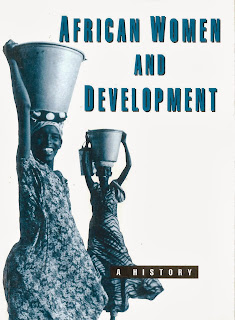 Jean Chapman, a Research Associate at the Simone de Beauvoir Institute, Concordia University, Montreal, is sharing a personal narrative of student engagement with the Left in India in the 1970s, when she was attending Jawaharlal Nehru University, New Delhi. This was also a presentation in March 2014 at the Conference, “A Revolutionary Moment: Women’s Liberation in the Late 1960s and Early 1970s” sponsored by Boston University’s Women’s, Gender, & Sexuality Studies Program (WGS), that anchors our UNESCO/UNITWIN Network.

Boston University student and activist Alessandra "Sasha" Goodfriend has contributed "Students for Gender Advocacy: Comparative Analysis of the Center for Gender, Sexuality, & Activism at Boston University and the 2110* Centre for Gender Advocacy at Concordia University". In this exciting collaborative work, this young author examines the student activism tactics employed in addressing issues of gender and sexual assault on university campuses. The author will compare her experiences as an activist for the formation of the Sexual Assault Response and Prevention Center at Boston University with the student-led strikes in Montreal, Quebec. Sasha acknowledges fellow student and activist Gabrielle Newton for her contributions on this important topic.


*Since renamed 'Centre for Gender Advocacy' as of June 2013.

Posted by The Couscous Diaries at 4:30 PM