BU Alum and former Gender and International Development student, Rachel Vannice has been serving as a Peace Corps Volunteer in Rwanda since May 2011. In her letter below, Rachel writes about the work she has been doing to promote the growth and success of a women's informal cooperative. In addition, Rachel also touches on additional projects aimed at educating and empowering young men and women in the region.
Abakobwa n'Abagore- Girls & Women as Actors in Development in Rwanda
I came to Rwanda as a Peace Corps Volunteer in May of 2011. I am currently situated in Nyagatare district in the Northeast of the country. In my community, I have had the opportunity to work with the Centre de Développement Pour les Femmes (Center for Women's Development). The women have come together with capital support from a local religious community. They have formed their own informal cooperative and are empowering each other with new skills in traditional Rwandan basket-weaving and embroidery. I have been connecting them with local resources to become an official cooperative to reap the benefits that come with such a legal status as well as attempting to find them new markets so that they may continue to grow their small business and move from the subsistence farming that the majority of them practice. 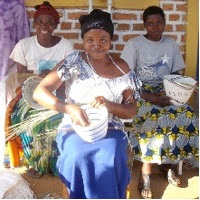 Women working on livelihoods projects
As a member of the Peace Corps Gender and Development (GAD) committee and the National Coordinator for all GLOW (Girls Leading Our World) and BE (Boys Excelling) camps, I have also had the opportunity to work on the empowerment and sensitization of young women and men through lessons on life skills, communication, and goal-setting. In addition, much of our focus was on reproductive health and the prevention of HIV/AIDS transmission. Our main vehicles for this information transfer included week-long camps and then the formation of clubs at local schools, with camp attendees as animators and co-facilitators. Further, most clubs are co-facilitated by local teachers so that the clubs and camps are sustainable. 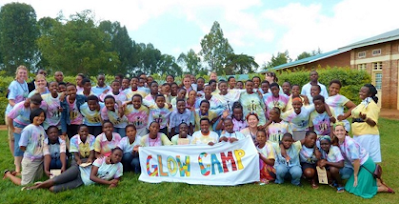 Participants of Camp GLOW - Eastern Province, along with Peace Corps volunteers and Rwandan facilitators.
Posted by The Couscous Diaries at 12:15 PM