Photography Exhibition on India just launched at the Faneuil Library!

An art exhibit on India was launched by photographer Richard Wood at the Faneuil Branch of the Boston Public Library on 8 March 2015 - International Women’s Day. Richard’s exhibit consists of several dozen magnificent color photos taken across India. Appropriately enough, a number of the photographs capture the daunting workloads that Indian women carry out daily, headloading water, making dung patties for fuel, and crushing and carrying gravel for road construction. Many others capture an insightful glimpse of daily life and often reflect Richard’s keen sense of humor.

The exhibit was hosted by the Faneuil Librarian Dorothy Keller and organized by Ronni Komarow, Board Member of the Friends of Faneuil, also of the Brighton Allston Historical Society, our UNESCO/UNITWIN Affiliate. 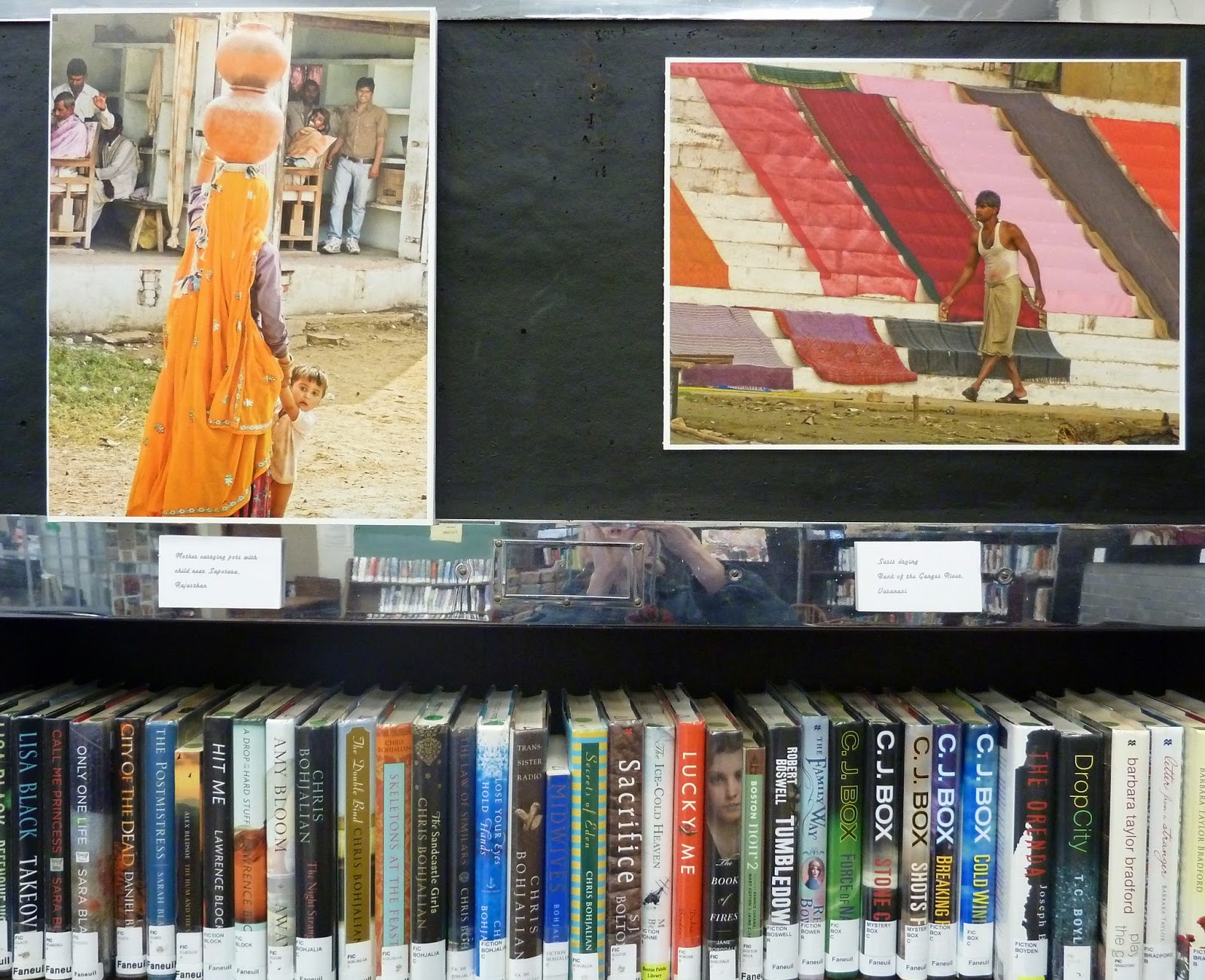 Here is the photographer’s statement for the India exhibition:

In December 2011 my wife and I went to India, to see, to listen and hopefully to learn something about an ancient culture and over a billion people who live on the other side of our planet.

We were immediately engulfed and entranced by a surfeit of colors, sounds, smells and contradictions – unbearable poverty, unimaginable wealth. Life everywhere amidst extraordinary celebrations of death.

We came home sated and spellbound, incapable of intelligently commenting on the political or socio/economic structures of India, but knowing that somehow there are such things as calm intensity and ordered chaos.

“Most governments are run by people, mine is run by the gods” –
Anil Dwivedi

Do stop by the Faneuil Branch of the Boston Public Library at 419 Faneuil Street in Oak Square, Brighton to visit this photography exhibition on India throughout the month of March. 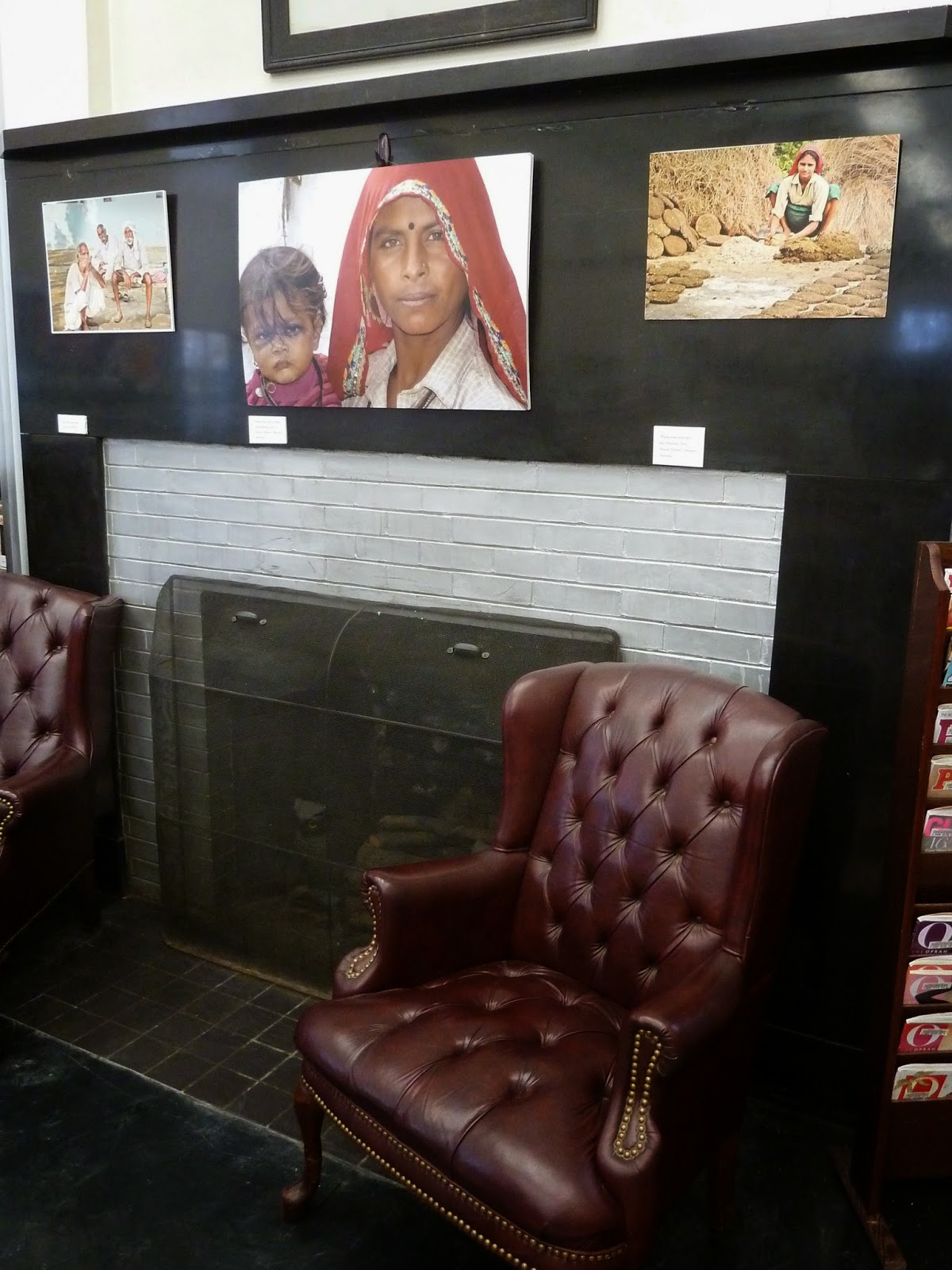 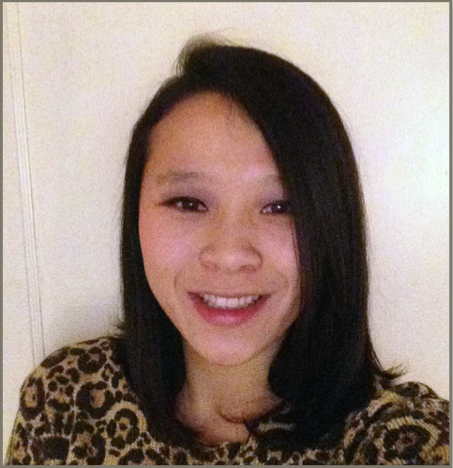 Ming Foxweldon was adopted from Kunming, China in 1994 at age three and a half. Raised mainly in New England, she majored in Chinese and minored in Anthropology at the University of Vermont. Her interest in adoption-related topics has grown through college-oriented activities and her involvement with adoptee-run organizations, such as China's Children International, Land of Gazillion Adoptees, and The Anya Project, among others. She responded to the call for submissions by the Anya Project for the Dear Wonderful You anthology and was elated to have been included as a contributor. She felt free to express herself and was able to connect with others who walk a similar path, thus expanding her horizons on adoption-related issues and finding support to continue on her life journey. 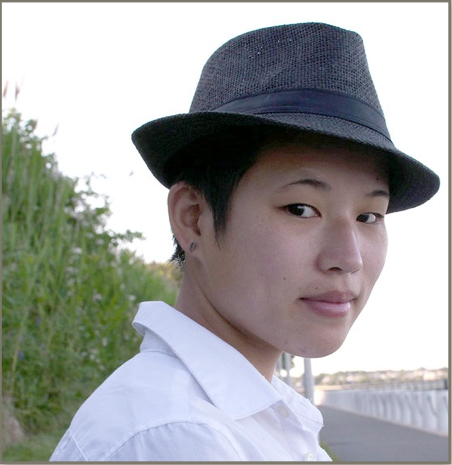 Olivia Lunardo is an undergrad nursing student at the University of Massachusetts, Boston. They identify as genderqueer and use they/them/their pronouns. They were adopted from Hunan, China a little over the age of 2. Since then, they grew up in Massachusetts their whole life. Although most of their time is dedicated to studying, they like to occasionally get involved with other projects such as participating in plays, LGBTQIA+ advocacy work, panel discussions, and research. 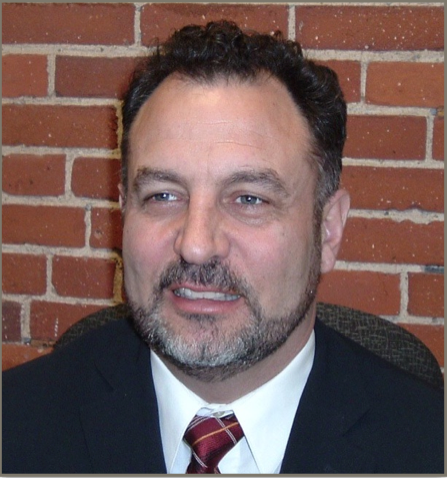 Raymond Pillidge, LICSW, MSW, Boston University, MA in Social Policy, Heller School, Brandeis University, is a Social Worker and Child Welfare Administrator. His professional interests are in organizational development and change, and in restorative justice practices in Child Welfare. Former Adjunct at Salem State where he taught ‘Community Practice and Social Change,’ Ray has also taught in the Urban Leadership Program at Simmons College School of Social Work. Ray was born and adopted in New Zealand at a time when all adoption records were closed. After a search he reunited with his birth family 30 years ago. He is interested in policy and justice issues for people separated from their families and countries of origin and in adopted people’s complex identities. 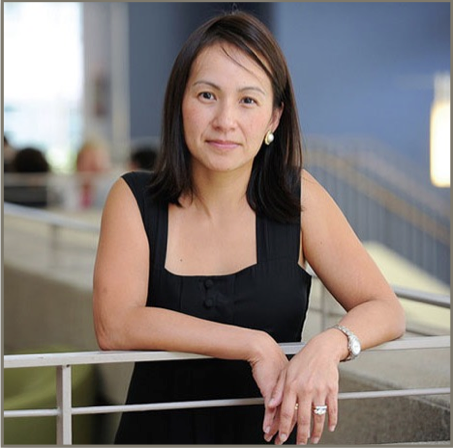 Tien Ung, LICSW, PhD is an Assistant Professor at Simmons School of Social Work and Director of the Urban Leadership Program. Dr. Ung teaches courses on research, leadership, trauma, and social work practice. As a practitioner-scholar, Dr. Ung works with clients, trains practitioners, and provides organizational consultation in child and family settings with specific expertise in child protection, adoption, forensic social work, child and family trauma, and immigrant and refugee mental health. Consequently, Dr. Ung’s research is broadly focused in the field of transnationalism, with particular attention to the effects of culture and intercultural dynamics on identity, mental health, and family well-being. 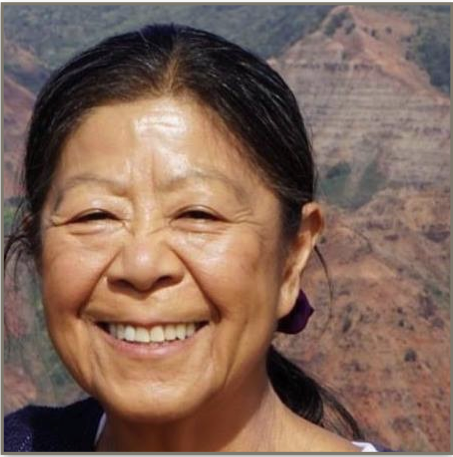 Mei-Mei Ellerman, PhD, was adopted at the age of 7 months in a closed adoption in NYC. A former academic, she is now a resident scholar at the Brandeis Women’s Studies Research Center where she focuses on memoir writing and social activism She has both spoken and written on adoption-related issues, based on her life journey and her two decade-long search for her origins as well as her adoptive family’s history - she is working on two memoirs. Founding director emerita of Polaris, leading anti-trafficking and modern day slavery NGO, Mei–Mei is committed to addressing the growing industry of transnational trafficking in adoptions. She is also a passionate advocate for legislation granting all adoptees free access to their original birth certificates. A board director since 2006 of Chinese Adoptee Links International and co-founder of Global Generations, she regularly contributes to the One World, ChineseAdoptee.com blog. Recent publications as Co-founder of the An-Ya Project with Diane René Christian include: Perpetual Child, Dismantling the Stereotype, an Adult Adoptee Anthology and Dear Wonderful You, Letters to Adopted and Fostered Youth, which Mei-Mei also co-edited.
Posted by Brenda Gael McSweeney at 1:00 PM