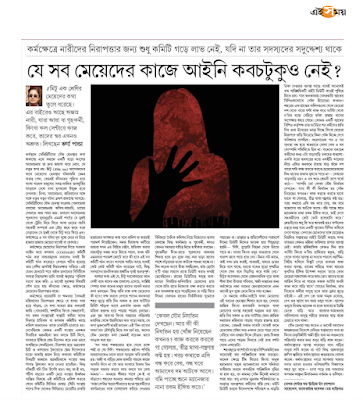 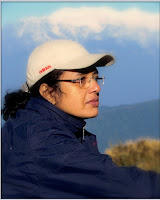 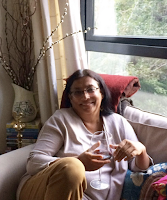 
Yoon Sun Yang’s scholarship uses literature as a tool for investigating how gender and sexuality are implicated in the projects of modernity and coloniality, and does so in new and exciting ways. Her first book, From Domestic Women to Sensitive Young Men, disrupts the taken-for-granted interpretation of female characters in the early colonial Korean literature as outside of the modernization process. From schoolgirls to femme fatales, women characters (and the domestic novels they often appeared in) have been written off as unimportant to understanding the relationship between literature, modernity, and colonial rule. Yoon Sun’s analysis, though, shows that in fact these characters (and their authors) played a pivotal role in developing the modern notion of the individual. On a deeper level, the book shows how the process of translation – in this case, the choices made by those who translated these early modern Korean texts – is itself shaped by hegemonic norms of gender and sexuality. In addition to contributing such fascinating research to BU’s Women’s & Gender Studies program profile, Yoon Sun’s courses like Gender in East Asia and Growing Up in Korea are crucial in offering global and transnational breadth to the curricular portfolio.


Joanna Davidson specializes in cultural anthropology, centering her research on the Diola peoples of Guinea-Bissau in West Africa through lenses of economic development, agriculture, gender relations, inter-ethnic conflict, and the politics of storytelling. She authored a critically acclaimed book, Sacred Rice: An Ethnography of Identity, Environment, and Development in Rural West Africa (2016), co-edited another, and published numerous articles and reviews in top scholarly journals. WGS looks forward to adding her global and methodological expertise to the program’s ever-expanding research profile.

You are invited to a UNESCO/UNITWIN co-sponsored event: Women in Boston's Public Art!

In honor of this rich legacy, Mary will talk about women recognized in public art with a focus on the stories of six women honored with statues around Boston. Mary’s talk is most timely, since the 2018 Theme for National Women's History Month is “Nevertheless, She Persisted: Honoring Women Who Fight All Forms of Discrimination Against Women.”

If you have explored the Boston Women’s Memorial pictured above on the Commonwealth Avenue Mall, then you will recognize three of Boston’s firebrand women: Lucy Stone, Abigail Adams, and Phillis Wheatley.

“Lucy Stone (1818-1893) was one of the first Massachusetts women to graduate from college. She was an ardent abolitionist, a renowned orator, and the founder of the Woman's Journal, the foremost women's suffrage publication of its era. Abigail Adams (1744-1818) was the wife of John Adams, the second president of the United States, and the mother of John Quincy Adams, the sixth president of the United States. Her letters establish her as a perceptive social and political commentator and a strong voice for women's advancement. Phillis Wheatley (ca. 1753-1784), born in South Africa, was sold as a slave from the ship Phillis in colonial Boston. During a time when slaves were forbidden to become literate, she was a literary prodigy whose 1773 volume Poems on Various Subjects, Religious, and Moral was the first book published by an African writer in America.” (Source: bwht.org)

Join Mary Smoyer to hear the stories of Boston’s amazing women reflected in public art – perhaps of these three along with stories of Harriet Tubman, Anne Hutchinson, and Mary Dyer who have also been honored with statues in Boston – and you might ask Mary for tales of others recognized on Cape Cod (Rachel Carson, Mercy Otis Warren, and Katherine Bates)!

This event is free and open to the public. Refreshments will be served.

Save the date: UVA's Women's History Month Exhibition! Battle of the Sexes Revisited

Battle of the Sexes Revisited: The Sexual Harassment Volley of Today 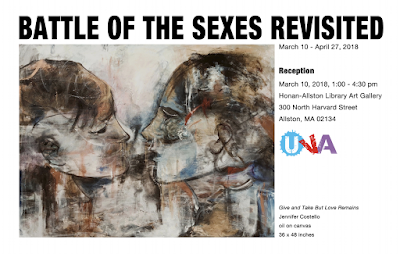 Lead-in to Exhibit: Special showing of Nowhere to Call Home: The tale of a Tibetan migrant worker in Beijing sponsored by GaIDI/WSRC on Feb. 1, 2018. See more here.