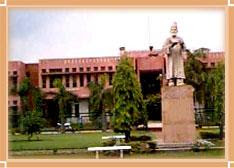 Jamia Millia Islamia (JMI) {literally, Jamia in Urdu means university and Millia means national} emerged from being a small institution in pre-independence India to a central university located in New Delhi offering integrated education from nursery to research in specialized areas. Rabindranath Tagore called it “one of the most progressive educational institutions of ”. The basic emphasis of Jamia was on evolving innovative education methods. The faculties of Humanities and Languages, Natural Sciences, Social Science, and the State Resource Centre were founded in the early years of its existence. The establishment of these faculties was followed by that of the very popular Mass Communication Research Centre and the Centre for Coaching and Career Planning. Many new courses and programs have since been added. The Department of Sociology houses a project on women’s issues and the related areas of expertise of the faculty span a large spectrum. Drawn in part from jmi.nic.in


The at , , is a multi-faceted, multi-faculty educational institution with over fifty-five teaching and research departments 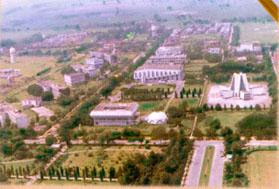 covering disciplines in Humanities and in Sciences as diverse as Fine Arts and Space Physics. It has received the support of many Government and semi-government institutions. The University has faculty and students who receive exposure to seminars and workshops which work to further academic freedom. It also encourages partnerships with non-academic and industry related sectors. The University has established its own publication bureau, which is actively engaged in publishing research work of the academic community. The Department of Sociology and Social Anthropology is unique insofar as it brings together two disciplines, or two intellectual orientations, in its teaching and research. The curriculum covers social theory, women studies, folk religion, gerontology, sociology of violence, rural social structures, Sikhism and Gandhism. The University is in the process of establishing a Women’s Studies Center. Already women and development courses are offered and these have been prepared on topics such as rural women in and female-headed households. The Vice Chancellor wishes to explore exchanges and joint degrees with .

Drawn in part from: universitypunjabi.org 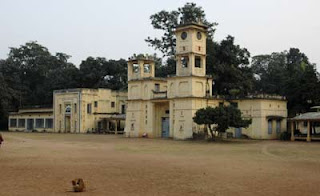 Visva-Bharati (literally, world university) located in West Bengal, India, was founded by the poet and Nobel laureate, Rabindranath Tagore. He envisioned the forming of a center for Indian culture, a seminary for Eastern Studies and a meeting-place of the East and West. The University strongly believes in strengthening conditions of world peace through enhanced communication between people. In this regard Visva-Bharati follows a path of consistent research and study and encourages mutual cooperation of scholarly efforts between thinkers around the world. With its diverse areas of interest such as Music, Art, History, Journalism, Agro-economics, Biotechnology and Indo-Tibetan studies, it has received much acclaim and appreciation. In introducing the subject, rural reconstruction, it has successfully initiated a dialogue between academic study and hands-on field experience. Presently, the Vice Chancellor of Visva-Bharati has established a committee for the UNITWIN , is planning to host an international seminar, is working to set up a center for women’s studies, and wishes to moot the idea of hosting a UNESCO Chair. Drawn in part from: visva-bharati.ac.in
Photo from: www.sasnet.lu.se/bilder/visva.jpg

The Women’s Studies Program at (, , ) explores the variety and richness of women’s historical, cultural, and soc 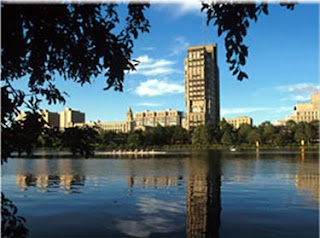 ial contributions and provides insight into the ways in which gender dynamics influence the experiences of women cross culturally. A multidisciplinary approach exposes students to gender-related issues from a variety of disciplines within the social sciences and humanities. In addition, it allows students to explore aspects of women’s experiences that are beyond their own immediate boundaries – communities, class and ethnicities. Through taking courses that are grounded in similar assumptions and that raise similar questions regarding gender, yet that examine these assumptions and questions within different disciplines, students achieve an understanding of the complexity of the world around them and are more equipped to change it toward equality and ecological sustainability.

The Bhab Initiative - In an informal dialogue setting, the Bhab (meaning thought) Initiative 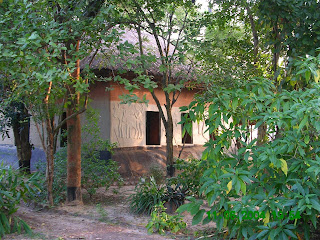 was started by Krishno and Chandana Dey in 1995. The participants comprised members of the community from Shantiniketan and from a few surrounding villages, in the district of Birbhum, West Bengal, India. Out of this dialogue emerged a program called “Srihaswani” (a term compounded from the Bengali initials for Creative Manual Skills for Development). It is intended to bridge rural-urban gaps in the perception and understanding of women and men concerning many daily issues in living, brought to a head in recent times by the manifold pressures of ‘globalization’. With support from Australian Agency for International Development (AusAID) and later Irish assistance, the initiative sought to focus on low-income households where manual skills have not yet been lost and could be revived. The project was initiated in nine villages in the area. The emphasis in the project area is on direct personal involvement and satisfaction through contributions that require a conscious joining together of mind and body capacities. Through its activities the Initiative has successfully worked to improve the quality of life in the communities through creative, as opposed to mindless, routine use of manual skills. Main source and for more information, visit: srihaswani.com Photo: Brenda Gael McSweeney


In the year 1996, the Cultural Resource Conservation Initiative (CRCI) was founded by a team of conservation architects to document, preserve and promote 's 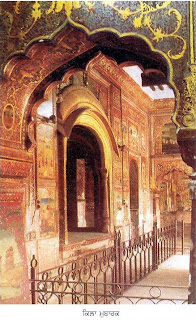 cultural heritage, and revitalize community through cultural heritage initiatives. The is a registered society, established in 1998. It is a technical wing to assist conservation activities of CRCI and other individuals and organizations that may seek its advice. The has worked towards developing inventories of traditional materials with the use of lime as mortar and renders, techniques, management procedures and cost effective appropriate technologies. CRCI’s forte is to work with communities and develop appropriate strategies for conservation in rural and urban areas. CRCI was founded with the idea of ‘conservation of built heritage’. It strongly believes that conservation is an integral part of development and should not be perceived as a peripheral activity. CRCI’s work is interdisciplinary as it recognizes the sensitivity and the complexity involved in understanding, conserving and interpreting cultural heritage. CRCI has the honor of working in partnership with local, national and global institutions like Panchayats, District Administration, Municipal corporations, the Archaeological Survey of India, the Indian National Trust for Art and Cultural Heritage (INTACH), United Nations Educational Scientific and Cultural Organization (UNESCO), United Nations Development Programme (UNDP) and so on. Main source and for more information, visit: crci.4t.com
Photo Credit: universitypunjabi.org/photos/FirstPage.html