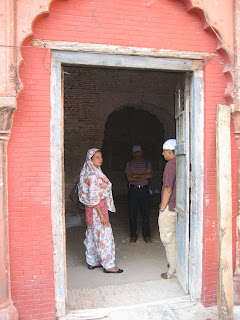 "Conservation Architect Gurmeet S. Rai is the Founder and Director of the unique Cultural Resource Conservation Initiative that preserves and enhances India’s cultural heritage. CRCI effectively bridges from helping forge international and national cultural heritage policy to grassroots action, notably in Punjab and other states of India. Gurmeet is also the initiator of the Lime Centre, which works to revitalize communities through cultural heritage projects and develops inventories and cost-effective appropriate technologies. She believes strongly that conservation is a vital part of development, not, as often perceived, a peripheral activity. In addition, Gurmeet works with the United Nations World Tourism Organization as the Cultural Heritage Specialist, spearheading the master plan for tourism in Punjab. Gurmeet and the CRCI are the recipients of numerous prestigious global and local awards, and are partners in our UNESCO Chair/University Twinning Network on Gender, Culture, and People-Centered Development."

A preview of the 2010 CRCI Sikhpoint Calendar, "Conserving Sikh Heritage" being launched in Los Angeles in November 2009: 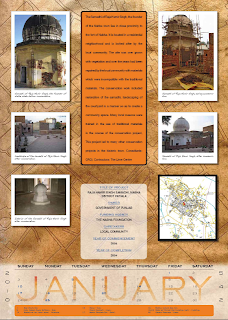