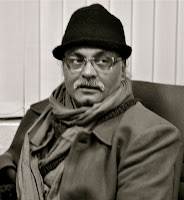 Jamia Millia Islamia recently announced that Savyasaachi, a founding member of our UNESCO/UNITWIN Network, is now Professor and Head of the Department of Sociology at JMI  (a Central University in New Delhi). Savyasaachi teaches undergraduate and postgraduate courses. He started his explorations of different ways of life with long years of fieldwork with the Koitor forest dwellers in Chattisgarh in Central India and with forest people (Hill Kharias and Kutia Khonds) in Orissa in eastern India. He has worked with conservation architects as well, notably with the Delhi-based Cultural Resource Conservation Initiative, a founding partner organization of the UNESCO/UNITWIN (University Twinning) Network on Gender, Culture and People-Centered Development. Experience in these fields prompted him to engage with issues of social life and culture, community-oriented cultural heritage preservation, decolonization, and method. In the course of teaching at Jamia Millia Islamia he has worked on issues related to learning as distinct from teaching. He has been traveling faculty for the Re-thinking Globalization program coordinated by the International Honors Program at Boston University. He has several publications; the most recent one, the Penguin book of forest writings, is titled 'Between the Earth and the Sky'.