Photo-essay Camp in Uganda on Climate Change and Gender Equity

We were delighted to learn from Cyrus Konstantinakos of the BU Humphrey Fellowship Program (our newest UNESCO/UNITWIN Network Affiliate) about a pathbreaking photo-essay camp that he led with Humphrey Alumna Agnes Igoye in December, 2015.

Each of five production teams consisted of one Ugandan woman, one Ugandan youth who had previously participated in Peace Corps programs, one Peace Corps Volunteer,​ and one Young African Leaders Initiative (YALI) Fellow. A four-day orientation, hosted by the Peace Corps in Kampala, included a photography workshop and sessions on climate change and gender equity. Then the teams fanned out into Uganda's five regions for a week of photojournalism in the field. 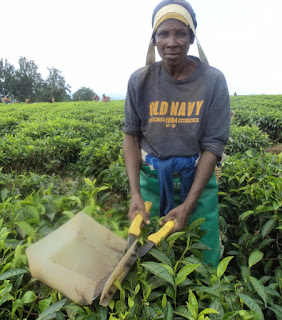 Following their fieldwork, the teams returned to Peace Corps, Kampala and began producing photo essays introducing topics in Ugandan culture through a female lens that also highlight local resilience in the face of climate change. The essays will be presented in a ​book and photo exhibition entitled Reclaiming the Pearl​.  This project was made possible through the generous support of the U.S. Embassy in Kampala. 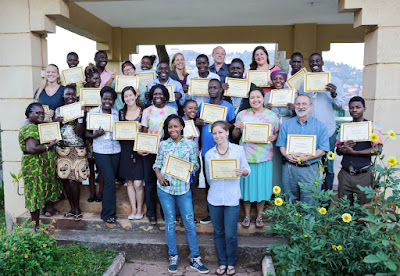 Agnes Igoye is Deputy National Coordinator of Uganda’s Anti-Human Trafficking Taskforce, Training Manager in the Directorate of Citizenship and Immigration Control, and a member of the Clinton Global Initiative and Women in Public Service Project (WPSP), a State Department initiative launched under Secretary Hillary Clinton in 2011.