INTERNATIONAL Women’s Day presents an opportunity to reflect on the level of equality between women and men throughout the world. It is unfortunate that in the twenty-first century, the outcome of such an exercise continues to point to the significant gender gaps that persist in terms of literacy, political participation, employment, and access to property and productive assets worldwide, to name only a few. These formidable challenges demand renewed attention and resources on behalf of public and private entities, as well as civil society, political and traditional opinion leaders, and individuals at the local, national, and international levels.

At UNESCO, the year 2008 represents a promising turning point for gender equality, as the Organization has recently designated gender equality as one of two global priorities in its “Medium-Term Strategy” for 2008-2013. In line with this new priority, the Section for Women and Gender Equality of the Bureau of Strategic Planning – UNESCO’s central coordinating and monitoring entity for gender equality and women’s empowerment – was reclassified by the Director-General as the Division for Gender Equality, and is now fully represented at the Directorate, the decision making body. In light of these propitious occurrences, International Women’s Day takes on a special meaning for us at UNESCO this year.

It is timely that, at a moment when women’s global needs have been growing and the sources of funding for gender equality have been dwindling, the United Nations has set “Financing for Gender Equality” as the theme for International Women’s Day 2008. This decision stems from the recognition that, beyond being a necessary condition for improving the lot of half of the world’s population, mobilizing resources to finance gender equality is a question of smart and just economics, and of social justice.

Research has demonstrated, and experience has shown us, that economic decisions impact women and men differently. For instance, cutbacks on social expenditures hit women, especially poor women, harder than men. Further, women worldwide perform a vast quantity of unremunerated work – work whose invaluable contribution to the national and international economy cannot be gauged, because it goes unaccounted for by national governments. In light of these examples, it becomes clear that channeling resources towards women in the pursuit of gender equality is not an “extra” handout; it is simply just economics. Just because it represents a redistribution of resources towards those who have contributed generations of unpaid work to the world economy. Just because it is aimed towards those who have been disproportionately affected by past and current economic policies. Just because it aims to redress some of the deep-rooted structures that continue to subjugate women worldwide. Also because around the world women earn less than their male counterparts for the same work. 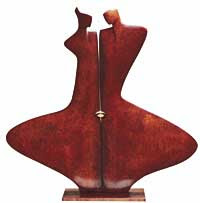 Despite the scarcity of funds invested in pursuit of gender equality, a number of prominent philanthropists and fundraisers have mobilized great resources to promote women’s rights, women’s empowerment, and equality between women and men. This year, UNESCO has the honor to bring some of these distinguished individuals together at an International Round Table entitled “Gender Equality – Make it Your Business.” Specifically, the Round Table emphasizes the important role played by these philanthropists and fundraisers in promoting gender equality, which, for UNESCO, is a fundamental human right, a commonly shared value, and a necessary condition for the achievement of the internationally agreed development objectives including all the Millennium Development Goals.

In tandem with the Round Table, UNESCO is pleased to present a number of colorful and innovative exhibitions and events that pay tribute to women’s participation in fields as varied as peace building, filmmaking, literature, fine arts and music. This year’s events further draw attention to key, gendered, contemporary themes. The breadth and diversity of these endeavors demonstrate that the issue of gender equality pervades all facets of society, that women contribute to all spheres of life, and that there are innumerable ways to celebrate the richness of these contributions. Finally, as the title of the Round Table “Gender Equality: Make it Your Business” suggests, this year’s celebrations urge us to consider the role each of us must play in the collective effort to make gender equality a global reality.